Switch to the dark mode that's kinder on your eyes at night time.

Switch to the light mode that's kinder on your eyes at day time.

Ready to make sure your students have perfect Spanish pronunciation? These 6 colorful classroom posters will teach your kids exactly how to pronounce all of the trickiest Spanish letters and letter combinations.

*This is a digital resource. A physical item will not be shipped.

Categories: For Your Classroom, Spanish 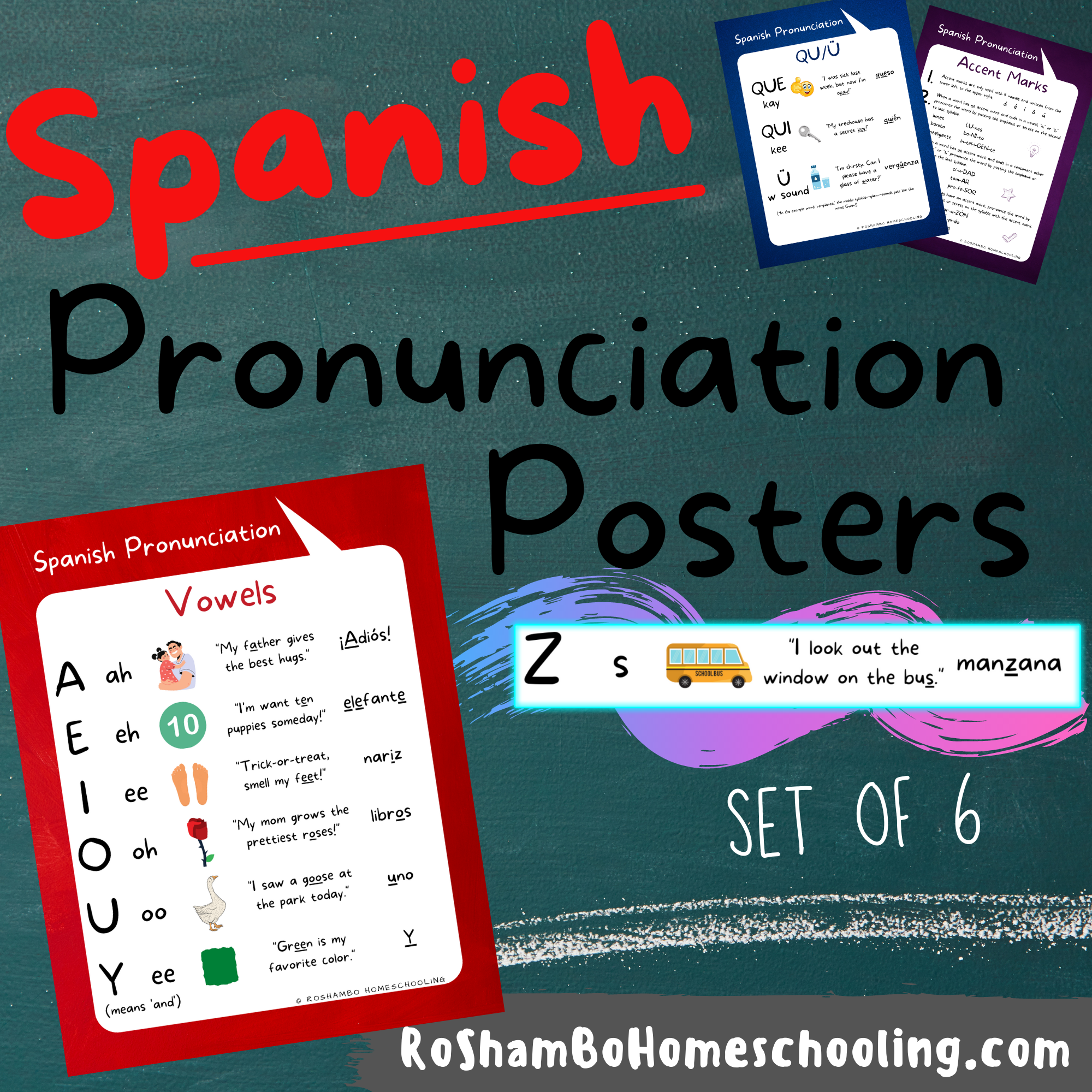 The perfect set of posters to hang in your Spanish classroom to help students remember how to pronounce the trickiest letters and letter combinations! Each Spanish pronunciation poster includes a corresponding English word with the same sound to reinforce students’ memory.

Each letter or letter combination has a corresponding English word that contains the same sound as the correct pronunciation in Spanish. There’s also a picture of the word in English and a sample sentence. This helps students associate the Spanish letter with a word that’s already familiar to them!

Finally, there’s a sample Spanish word for each letter or letter combination so that students can practice their new skills.

Some of the letter combinations don’t exist in English exactly as they’re meant to sound in Spanish. For these, I have the closest word possible for the sake of memory, plus a brief note with tips on how students can slightly modify the word to easily get that those tricky pronunciations down!

These Spanish pronunciation posters would be perfect for hanging in your homeschool space as helpful reminders for students learning Spanish. You could also include them in a binder for regular review and practice.

Don’t forget to check out the rest of my Spanish printables here!

There are no reviews yet.

Be the first to review “Spanish Pronunciation Posters” Cancel reply

Don’t miss out on new posts